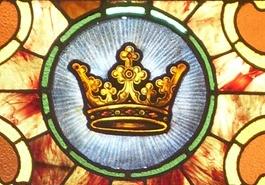 The human experience is filled with new challenges at every stage.  One of my parishioners was a caregiver her entire adult life.  Shortly after she married, her husband’s brothers moved in, both with severe physical and developmental handicaps.  She cared for them, bathed, brushed, scrubbed, and fed them.

As a young married woman, homemaker, and caretaker, she took on yet another role.  She became a mother to Stephanie.  Stephanie, like her uncles, was diagnosed with similar physical and developmental handicaps.  Stephanie’s mother, Penny, spent her entire adult life taking care of those unable to take care of themselves.

By the time I met Penny, her husband and his brothers were deceased.  Faithfully she brought her daughter to church Sunday after Sunday.  Stephanie would greet me the same way every morning, “How you getting along?”  She would smirk from her wheelchair.  “I’m well, how are you today?” I would respond.

I watched Penny take care of her daughter those next few years.  Her faithfulness and determination were impressive.  One Sunday afternoon, I received a phone call from Penny that I’ll never forget.  There was panic in her voice.  “We were eating and she just stopped breathing!”  Stephanie was on her way to the hospital, by way of the ambulance, and Penny was following closely behind.  Sadly, Stephanie died that day.  She was a special person who impacted the lives of many people around her, including me.  But I’ll never forget what her mother told me after we returned to her home after the trip to the hospital.  She said with a soft voice and sad eyes, “Brother Micah, I’ve never spent the night alone before.”  I was astonished to hear this confession.  Her life story flashed through my mind.  She left her childhood home to build a life with her husband, Brent.  What dreams she might have once dreamed were quickly squashed by the reality of the needs of her husband’s brothers.  She became a caretaker.  The caretaking role she was nurturing would come in handy as she became a mother to a special needs child.  The role of caretaker consumed her life for the rest of her life, or at least up to this point.  Now she was alone.  She would need to accept this new life and the challenges that would be sure to follow.

The human experience can be summarized as a set of new challenges followed by more new challenges.  Many times, such circumstances we face are completely out of our control.  But it is up to us, no less, to face such challenges with strength and determination.  For that is how we truly measure the success of a life lived.